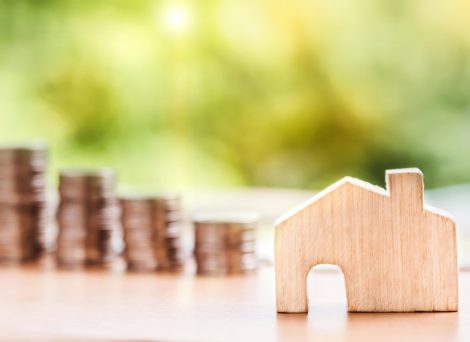 Now more than ever, older adults are struggling with depression, addiction and similar challenges, recent statistics suggest. For some home health providers, that makes behavioral health a major business opportunity.

“Patients that have physical ailments are obviously very engaged, but chronic mental illness is something that the industry is really becoming attuned to,” Herman told Home Health Care News. “A lot of organizations are ill-equipped to manage it.”

The last few years have seen a sharp rise in the rates of depression, addiction, suicide and other mental health issues associated with older adults, suggesting demand for behavioral health services will likely remain high for the foreseeable future.

Currently, 16% of seniors 65 and up struggle with depression, according to the American Health Rankings 2019 Senior Report from the United Health Foundation, a not-for-profit arm of UnitedHealthcare. Depression among older adults often goes undiagnosed or misdiagnosed, as many seniors mistakenly assume depression and depressive symptoms are general signs of aging.

Additionally, despite the decrease in the overall death rate of older adults aged 65 to 74, deaths that stem from intentional self-harm have increased. The current suicide rate is 15.5 deaths per 100,000 adults, compared with 13.4 deaths per 100,000 in 2002. The total number of suicides among older adults has increased from 2,460 per year to 4,614 over the last two decades.

“Seniors have historically been a group that has been less likely to seek help compared to other ages because of the stigma surrounding mental illness,” Mark Covall, president and CEO of the National Association for Behavioral Healthcare, told HHCN. “Seniors were reluctant to believe they had a mental health problem. However, today, as baby boomers become 65, they are more accepting of seeking help for mental health problems because there is now less stigma surrounding these illnesses.”

The National Association for Behavioral Healthcare is a Washington, D.C.-based advocacy organization that represents over 1,000 behavioral health and addiction facilities and programs across the U.S.

Compounding behavioral health trends further, the past year has also seen a spike in the number of older adults who chose not to see their doctors because of cost. About 5.2% of seniors say they skip doctors visits for financial reasons, according to the United Health Foundation report.

At-home care providers can be key pieces to the behavioral health puzzle, Covall said. That’s especially true for isolated seniors who have trouble getting to and from medical appointments — or those living with dementia.

“A lot of patients with serious mental illness have significant challenges in being able to deal with day-in and day-out activities,” he said. “That could be getting to a medical appointment on time, overall health care and side effects from medications. And a lot of people that have a serious mental illness don’t have a good interface with the primary care system.”

Elara Caring has made it its mission to become the preeminent resource for helping patient populations manage their behavioral health needs, Herman said. The company provides the category of care for roughly 6,000 patients a day.

Overall, Elara Caring’s behavioral health line accounts for about $76 million of the company’s total annual revenue, which checks in at about $1.2 billion.

As part of its behavioral health approach, Elara Caring cares for patients with significant mental health issues such as deep depression. Elara Caring offers a holistic approach to treatment by identifying signs, symptoms and potential exacerbations of mental health in support of psychiatric practitioners, experts and specialists.

“By taking care of the social determinants [of health], we help [patients] get their prescriptions filled 65% faster than if they don’t have our help,” Herman said. “That’s coming off of 50% of patients not getting them filled at all. Then we are driving that ER utilization down because we are in contact with those patients constantly. We are identifying when they are having a crisis in their illness.”

Elara Caring also provides care for opioid addiction under its behavioral health umbrella, which is mostly paid for through state Medicaid programs on a fee-for-service basis.

“The bulk of what we do for opioid patients is make sure that they adhere to their treatment regime, which is medication,” Herman said. “We provide synthetic methadone, things like suboxone. With an opioid-addicted patient, the primary driver of their illness becomes that addiction. You have to think about the stranglehold this has on the patient both physically and psychologically.”

Broadly, opioid addiction in elderly populations is a major problem, as many individuals are over-prescribed opioids to ease chronic pain. The number of seniors receiving opioid prescriptions increased nearly 10 times between 1996 to 2010, according to Psychiatric Times .

Meanwhile, more than one in three individuals over the age of 50 say they have misused opioid painkillers, a point that has caused the hospitalization rate for misuse to skyrocket. The Centers for Disease Control and Prevention estimates that the total economic burden of U.S. prescription opioid misuse is $78.5 billion a year.

About 40% of Elara Caring’s behavioral health patients are being seen for some sort of drug dependency, company executives have previously told HHCN.

“I happen to really think the opioid addiction side of what we’re doing is the most interesting and the fastest growing — though still a small — piece of the business,” Blue Wolf Capital Partners CEO Adam Blumenthal previously said at HHCN’s April Capital + Strategy Forum. “It’s a good example of the benefits of scale. We have a piece of a solution to a national problem.”

Currently, Elara Caring offers behavioral health in Connecticut, Massachusetts and — most recently — Texas. The provider announced plans to expand into the Lone Star State May.

Elara Caring entered its behavioral health markets due to their combination of population density and state-funded programs, particularly around Medicaid and large Medicaid managed care, according to Herman.

“Texas became natural for us because we have a large patient population [there],” he said. “We have a lot of data and very progressive payers — maybe the most progressive in this country around this issue.”

One of the reasons that in-home organizations have difficulty tackling behavioral health as part of their core operations because the patient population is more difficult to locate, according to Herman.

“They are generally mobile. There is no homebound requirement for them,” he said. “The hardest part for us is actually locating them on a consistent basis and making sure … we are delivering medication in a timely manner and in adherence with their care plan.”

In response, Elara Caring has developed a refined accountability measurement process that is built into the company’s software and scheduling systems that allows them to track patients, according to  Herman.

The operating model also poses challenges in terms of workforce, according to Herman.

“You don’t send a Medicare-administrated, burdened workload out with a skilled home health nurse to care for a fee-for-service patient in the Medicaid world,” he said. “One of the disconnects that come in our industry is people get hung around payers and not patients. This is about how you operate for the needs of the patient with the reimbursement structure around the patient — and not making patients fit into our structure.”

With less than eight months to go, home health pro